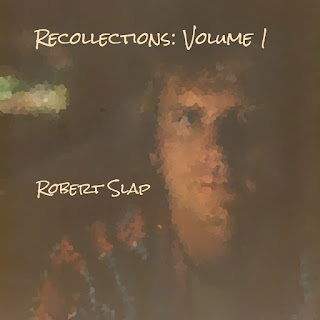 “Recollections” : Something from the past that is remembered.
Composer, multi-instrumentalist, engineer and producer, Robert Slap returns with a new album of eclectic music, melodies and rhythms that span a wide spectrum of styles including jazz, world, rock, new age, electronic and film music.

I offer you this 12 song collection of my favorite instrumental tunes recorded over the last several years, along with a couple of gems from earlier recordings. Much of this material was developed through live performance while others evolved from my work with film and video soundtracks.

It has been difficult to describe my musical style since I crossover many genres in my compositions. I call it “music for creative visualization”. I hope you enjoy this contemporary set of original tunes featuring some really great musicians I have worked with over the years.

The Tracks:
Looking Glass
Starting out this collection is a sweet, jazzy melody utilizing guitar and flute, and anchored with a solid rhythm track with acoustic guitars and bass. I opened my live set with this, so it is first up here, featuring Bray Ghiglia on flute.

Zen Morning
Cool jazz meets the Zen master in this cut. Emotional, smooth and sexy can best describe this track featuring Bray Ghiglia on sax and flute. Ryuichi Sakamoto and Charles Lloyd have influenced my work with Eastern, Oriental styles and instrumentation over the years.

Lateral Movement
This is a dynamic piece we cut live in the studio. It features Suzanne Arthur on flute, Karl Schaffner on fretless bass, Marie Matson on marimba/percussion and myself on synth-guitar and 12 string. There is some great interaction between bass and marimba throughout the tune while the flute and   guitar exchange introspective melodies. Enjoy this classic.

Tsunami
A contemporary cool jazz /funk fusion instrumental. I recorded this short version for the album single, since the live version was in three movements and much longer. I may save part 2 for another bonus release. I play all the instruments on this including the guitar synth controller on the solo track. I was one of the few guitarists using guitar technology back in the 80's, along with Alan Holdsworth, Robert Fripp and Pat Methany.

Voyager
This would make a great main title for a movie. A voyage through space and time in search of new worlds and life. Will mankind ever make it that far?

This tune conjures up images of journeying across the desert in a caravan, searching for that hidden oasis across the vast expanse of the .

90265
While driving down PCH in my sports car at 3 AM in the morning and watching lights crisscrossing the sky over the Pacific, this song popped into my mind. What else can I say?

Top Ramen
Another really fun tune to record and play live, starting out with the meditative Zen intro and then breaking into contemporary jazz fusion, featuring Suzanne Arthur on flute, Karl Schaffner on second guitar, Marie Matson on marimba and percussion and myself on lead acoustic guitar.

Voodoo
A dark, mysterious, funky, jazz groove that I have been playing for many years. I like this recording best because of the subtle guitar solo at the end. The haunting theme is carried out throughout the three movements.

Carnaval
A festive upbeat song reflecting the spirit of Carnaval, celebrated all over the world from Rio to .

Apsara (Angel Dance)
I have always been attempting to blend eastern and western music styles in much of my work. Here is my interpretation of one the ancient dances of , the dance of the Angels.

Pas de Deux
I imagined a contemporary modern dance duet when I wrote this music. It is my homage to Tangerine Dream, a group that deeply influenced me with their original soundscapes and arrangements. 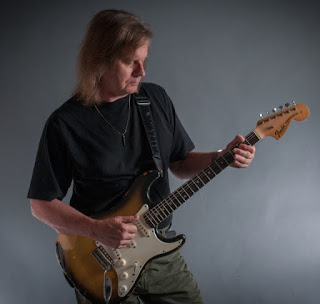