Just in time for Christmas!!! 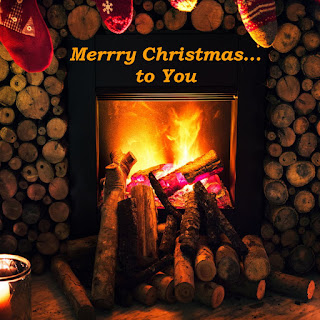 Robert Slap has joined forces with fellow Motown alumni to record a soulful, jazzy version of “The Christmas Song” featuring the smooth vocals of Charles “Buddy” Smith and the melodic harmonica of Larry Minne. ....... We hope you like our interpretation and wish you a very merry Christmas!!! 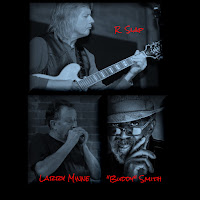 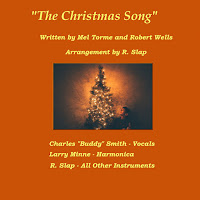 This record would make a fine stocking stuffer for your family and friends.
The single will also be included on the album "Let's Have A Rockin Christmas Vol. 3" on Bongo Boy Records featuring Holiday music from independent recording artists from around the world. This is also a great package of Christmas music. Support your local and independent musicians worldwide!

"The Christmas Song” by Robert Slap feat. Buddy Smith and Larry Minne.  The song’s arrangement fully utilizes the textures and colors of guitar harmony to paint the sentimental feeling of this classic Christmas song. Instrumental effects and rhythmic creativity yield an engaging rendition. Buddy Smith’s vocals compliment the jazzy overtones with a wonderful R & B vibe. Buddy sings with convincing emotion. An improvisational section showcases Larry Minne on harmonica and Robert on lead guitar. “Although it’s been said many times, many ways….” It has never been said, musically, like this - kudos for a truly original version of a classic holiday song.
Bryon William - Please Pass the Indie Magazine 12/19/2018

“The Christmas Song feat. Buddy Smith & Larry Minne” shows off Robert Slap’s spacious arrangements. Nearly dreamy the surreal take adds to the tenderness of the piece. Easily the highlight comes from the intimate setting of the track.
Skope Magazine 12/2018

In terms of challenges, perhaps no veteran artist has put a greater one on himself with his new Christmas release than has one time Tidal Waves bassist, Robert Slap. Long hailed as pioneers of first generation garage rock, the Tidal Waves established a brief but enduring legacy in 1966-1967 with three treasured singles for HBR Records and Jack Chekaway's SVR label, Action (Speaks Louder Than Words), I Don't Need Love and their definitive take on Don And Dewey's often covered Farmer John.
Like fellow first generation garage rock pioneer Robert Lee Balderrama (co-founder and long time lead guitarist for Question Mark And The Mysterians), Slap has expanded his musical vision as of late to include improvisational music. Nonetheless, Slap put himself to the test most remarkably in that respect with his newest release, offering as a CD single yet another rendition of The Christmas Song.
Accompanied by Charles "Buddy" Smith on vocals and Larry Minne on harmonica (with Slap assuming the remainder of the instrumental duties), Slap opted to further confound expectations by playing it relatively straight. While the short term impact may not be immediately apparent, forcing both long term devotees and recent converts to his cause to think outside of the box is certain to reap ongoing dividends.
Michael McDowell - Blitz Magazine 12/2018 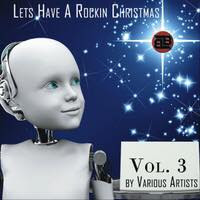