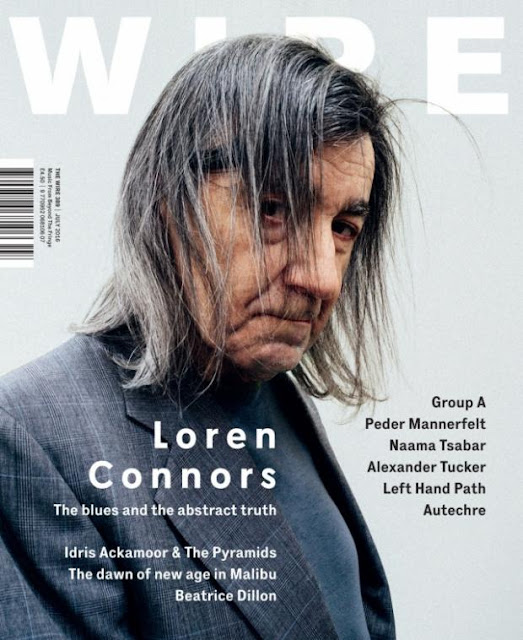 Just Received a copy of the Wire Magazine from the UK (that is not me on the cover)..... I was interviewed in an article about the beginnings and evolution of the new age music genre in the 1980's while I was Producer and Music Director of Valley of the Sun from 1982-92, one of the very first successful new age labels of the era. It was wonderful being part of that group of musical artists who followed their heart when creating beautiful musical soundscapes. I must have produced hundreds of recordings over that period, including the "Eternal OM" which became the top selling meditation recording for Valley of the Sun, and then went to become one of the mostly widely used recordings for massage, yoga, and meditation throughout the world. Still waiting for the Gold Record to arrive....... 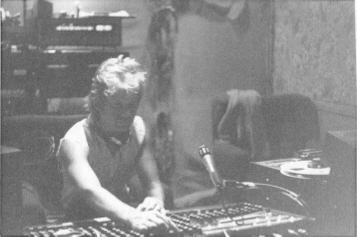 Mixing my very first solo album "Mystic Memories", released in 1983.
I worked tirelessly at finding artists and producing records for VOS, we had a really good group of artists and everyone was very original in their own style. I went on to focus on a very special series of recordings about Atlantis, the lost continent.... over a period of 30 years...... Atlantis: Crystal Chamber (1987), Atlantis: Healing Temple (1990), and Atlantis: Brave New World (2015)..... I will continue to revisit this theme when the music calls me...... 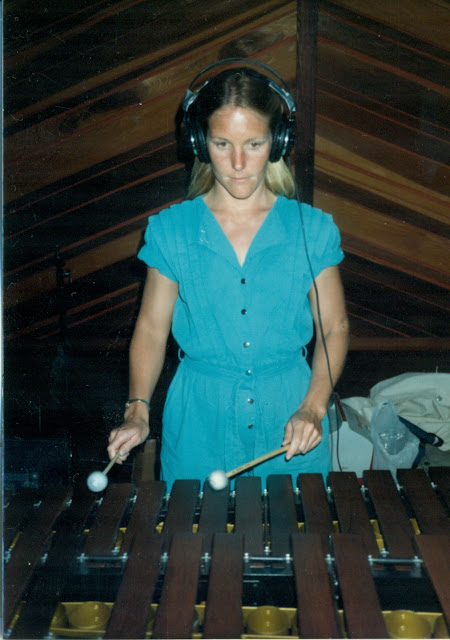 Marie Matson at the marimba.... I always like to use a lot of percussive instruments, and non-standard scales and chord structures, part of my eclectic bag of tricks!!!!! 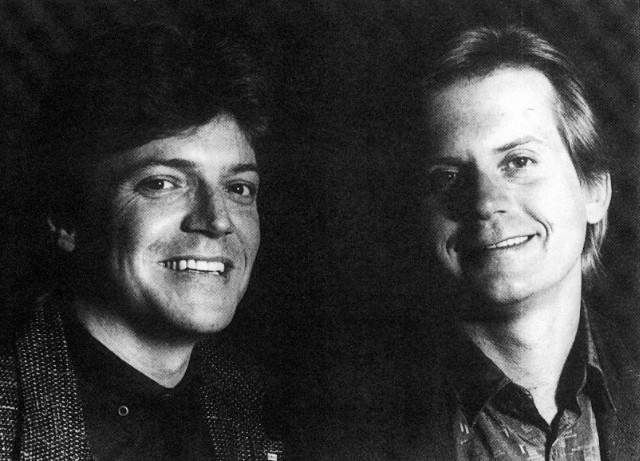 Bray Ghiglia and myself teamed up in 1990 and we still work together occasionally to this day. He appears on 2 tunes from my latest album "Recollections: Volume 1". Bray is a composer, vocalist, guitarist, keyboardist, flute and sax player..... need I say more? 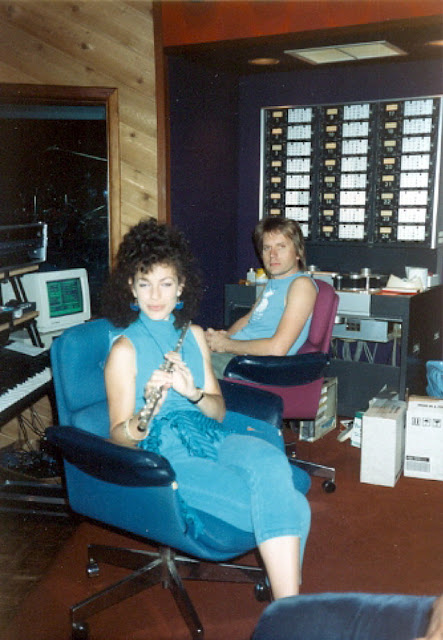 In the control room with Suzanne Arthur. I produced an album for Sue (Shared Blessings) and she became a member of my group "Lateral Movement". A beautiful person and wonderful flutist. Below is Karl Schaffner, who came to us from Munich, Germany. I signed Karl to VOS and worked on a couple of his solo albums. He also joined my group "Lateral Movement" performing on acoustic guitar and fretless bass.

Standing out in front of Valley of the Sun's offices in Malibu, Ca. 1982. Life is good....... and life and career continue to be good to me. I continue writing and recording and working on a new direction into the  Latin/Funk/Jazz genre and focusing on guitar compositions. I must give you all a heartfelt thanks for listening to my music and helping me fulfill my dreams and ambitions....rs. Aug 2, 2016 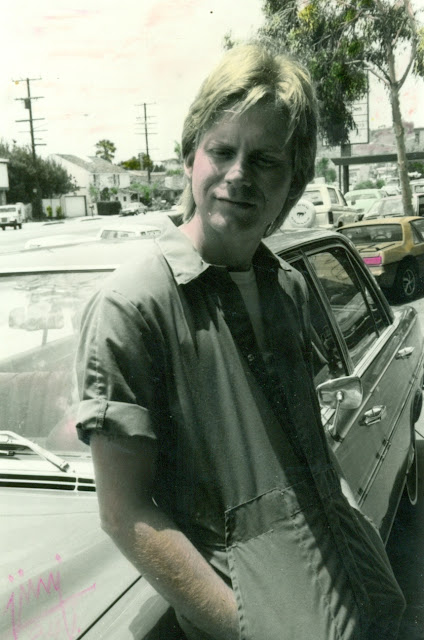