Here is rare shot of the legendary "Hot Lips" band from a concert at Tartar Field, Detroit 1972........This was the greatest group I have ever assembled.....LR Larry "Fatback" Talbert (drums), Bob Slap(guitar,vocals), David "Fingers" Waller (bass), Big John "Mojo Hand" (Guitar), and John Angelos (Vocals, Harmonica)....... the ultimate Detroit Rock & Soul band. We got together when we were not on the road with other groups. I was playing with Larry, Big John, and David at the time, backing up Motown artists David Ruffin and the Magic Tones, met Johnny and asked him to join, it just happened !!!! Unfortunately we were pulled apart by other commitments, Larry joined Bill Withers, and John went off with Ted Nugent for a tour, after that John and I moved to LA and reformed the "Mighty Quick" group, LA style........ Hot Lips had one more reunion in LA in 1975, when a chance encounter found all of us in town at the same time........we jammed a few times and it was magic!!!! lotta good memories..........Photo courtesy of Frank Pettis 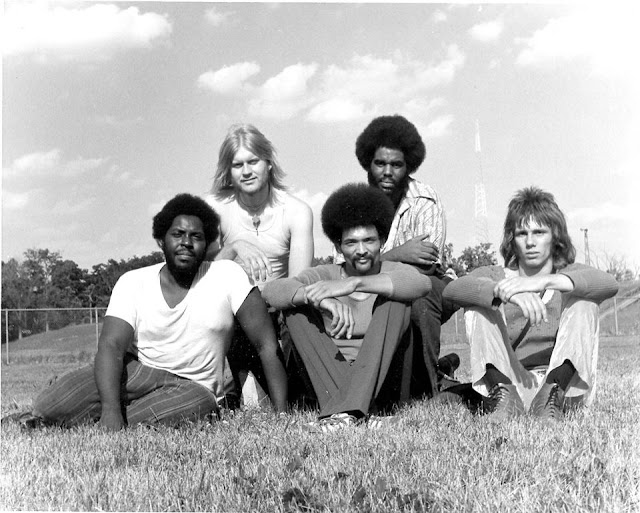